paints a clear picture of the challenges and opportunities in development work. She presents two prevailing views, summarized by two books: 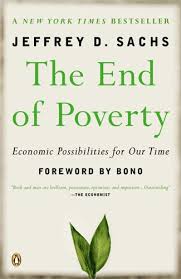 Jeffrey Sachs believes we just need a bigger, more coordinated push to end poverty. Bill Easterly believes most of what we’ve tried hasn’t worked and we need to figure out what the hell we’re doing before we dump another trillion into reruns of the same failed strategies. Duflo makes a compelling case that more randomized controlled trials (RCTs) will allow us to be as effective at alleviating poverty in the future as medicine has been in the past.

I think there’s room for a third, middle viewpoint: 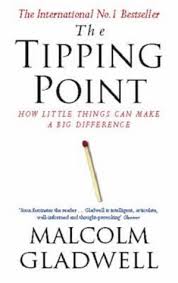 Malcolm Gladwell’s The Tipping Point is representative of a slew of books that recognize that the knife’s edge between success and failure has everything to do with social relations. Hence, I’ve been writing my own manuscript on social prosperity – which recognizes that good ideas and good leaders have their origins in good friendships. Somebody plants the idea, takes a chance, and creates the conditions for social change. Nobody crawls out of a gutter and changes the world in isolation.

And while I agree with Bill Easterly that we need better evidence, and I agree with Jeffrey Sachs that we need more of everything, and I agree with Esther Duflo that social experiments can teach us what works, I think they all need to take a page from social media and find out what people in these communities think, care about, and whom they follow on Facebook. It’s a lot harder to influence people with whom you share zero friends.

And while we’re all thinking about complex interventions to transform oppressive institutions and address the root causes of poverty, I suspect that poor people are just as amazingly distracted as the rest of us in the US:

If most Americans are too busy to respond to some of our “development interventions,” why should we expect African’s 500 million citizens to be any different? Win the competition for their attention, then you’ll have the influence to intervene.