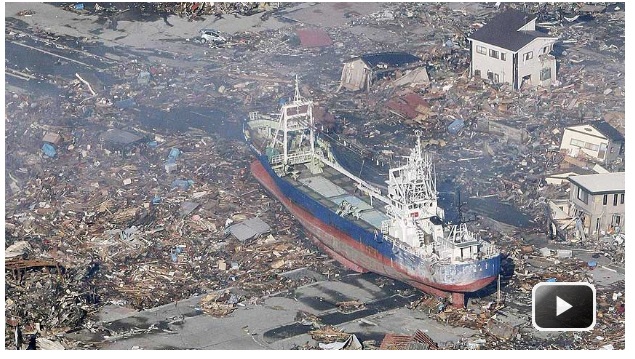 Others have duly noted that the day’s headline should have been: “Millions saved in Japan by good engineering and government.” (RT @akhilak: RT @tmsruge RE @daveewing) However, take a look at the top actual Google news headlines from March 12, 2011 – one day after the 8.9 earthquake:

None of the top stories today or yesterday highlight the amazing number of lives saved by the work Japan’s government has done since 1996 to prepare for disasters like these.  (Thanks to Time Magazine)

Japan learned from it’s mistakes in the 1996 Kobe earthquake. They spent 15 years and $500 million to build the world’s best early warning system for earthquakes (which also predicts tsunamis). This system came online in 2007 and provided the country with a one-minute advance warning yesterday. My friend Mari has noted that conservatives just proposed to cut this same system in the USA (Source: MS-NBC, who would probably add the snarky comment that West-Coasters are liberals, and therefore barely American citizens in the eyes of conservatives… (see my comments on journalistic-narratives below))

I emphasize that Japan’s government, and thus their elected leaders, learned from mistakes. Not “regular hard working everyday Americans” or corporations. Sometimes governments do accomplish something and save countless lives. Yesterday no trains got derailed because they shut down instantly. No nuclear reactors spewed toxic radiation into the air*. You can’t privatize this kind of systematic prevention system.

*[Added 3 days after the quake: It’s now likely one of the 5 nuclear reactors will fail. I still stand by my claim of good governance. This earthquake was 80 times larger than the one last year  in Haiti. (The correct way to compare earthquakes is this formula 10^8.9/10^7.0 = 79.43) I would rather have to deal with a nuclear failure in Japan than in any other country, because I trust their government more to be prepared. I simply don’t believe reactors can’t be built to survive such a massive earthquake (9.0 or above), so I’m still impressed that the fallout is minimal. 1 out of 5 nuclear reactors are failing and the other 4 came through okay.]

In contrast – most of the damage and fire are affecting privately owned factories, storage facilities, and industrial processing centers. These non-government-owned for-profit companies are most efficient at one thing: generating immediate, short-term financial returns for investors. They can eat their losses, or their insurance companies can – but people cannot. Governments must work to secure the lives and safety of citizens.

Sometimes a government can overspend on this, but today most Japanese would agree that their government spent wisely. Some of that extra money budgeted in our US budget goes to similar agencies, like NOAA, that produce stunning predictions on a global scale like this tsunami forecast:

And now they’ll be asked to forecast a possible nuclear wind:

This worst-case scenario map provides us with 10 days to evacuate the affected areas. Could America manage to coordinate something so big? I wonder.

Clearly, the news — like a suspense novelist – is driven by a conflict narrative. Often, I feel like stories conform to a preconceived narrative, a mental scaffolding to which journalists selectively attach information like tinsel to a Christmas tree. Such methods prevent newsroom perspectives from diverging.

These are some convenient assumptions lazy journalists start with:

Journalists talk about “the story” and not “the evidence.” This reflects their internal compass – that stories are fit to print, and information has little value until it is wrapped in a story.

If new media is looking for a profit-making-news-model, I suggest you look at how you can fill in these information gaps cost-effectively. Publishing opinions and calling them news is clearly a money-losing venture. It will remain so, until some other entity (like Reuters or the Associated Press, but with more reporters around the world writing more facts and fewer interpretations) provides a stream of knowledge.

Or perhaps some day twitter will provide a general global news information service, that is improved plus a using a veracity filter like Swift River. Demonstration of Swift River follows (click to test):